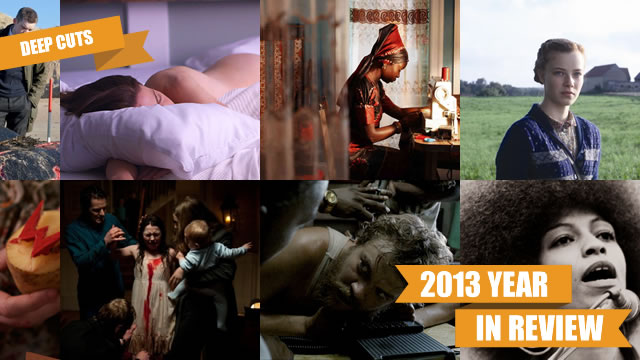 There are big movies and there are little movies. I mean that entirely in the sense of budget and release, promotion and theatrical scope. In the United States we talk most about our wide studio releases, then homegrown smaller independent films and the big-name foreign imports.

But that leaves quality filmmaking to fall through the cracks. Movies that, for one reason or another, no one seems to be talking about. There are overlooked gems, and then there are the deep cuts.

The homegrown niche dramas, the Irish horror flicks, the Latin American comedies, the Scandinavian experiments in nonfiction? This year saw some extraordinary unheralded work from abroad, alongside some excellent films that came from unexpected domestic places. Here are thirteen of them.

There aren’t enough independent lesbian dramas (or comedies, for that matter) released in the United States. This is actually a mathematical fact, given the near impossibility of funding projects like Concussion. So the simple fact that Stacie Passon’s film moved from the LGBT film festival circuit to a theatrical run was really exciting.

Then it turned out to be a great movie, with an impressive lead performance from Robin Weigert and a really interesting commitment to its ideas. More than just sexy (which it certainly is), it’s contemplative and wise in ways that might surprise you.