The veteran indie actor makes an impact as a housewife who starts dabbling in the world’s oldest profession. 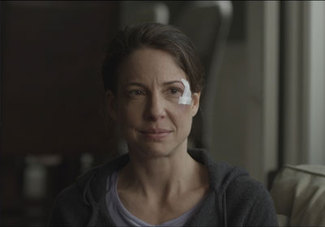 Who she plays: Abby, a suburbanite mom and spouse who decides to become a high-priced escort on the side. Guess who ends up having an identity crisis?

Best known as: The tough-talking Calamity Jane from HBO’s brilliant Western series,Deadwood.
Where else you’d have seen her: The Sessions, TV’s Sons of Anarchy.

On trying to describe Concussion: “Whenever I’ve read attempts to boil this movie down to two or three sentences, it’s always, ‘She gets a head injury…then look out everybody, here come the sexual escapades!’ [Laughs] I can’t remember who said this, but I’d described the movie to them and they replied, ‘Well, sure, every married person is an afternoon hooker some of the time!’ You know, not literally, of course. [Laughs] But I think more people can relate to the character than most of us think.”

Onfilming sex scenes: “I watched Helen Hunt deal with this during Q&As for The Sessions: Someone always asked her a question about doing sex scenes, what it was like as an older woman to show her body, etc. It was always on the verge of becoming a public therapy session. I’ll admit that after I’d read the script, I thought: Do I really want to go through that first-hand, answering the ‘sex scenes’ questions night after night? But Stacie [Passion, the film’s writer-director] wrote this really witty and wonderful script, and created this incredibly complicated character in Abby. I couldn’t say no. It was worth it to put up with a question or two about nudity after a screening, you know?”