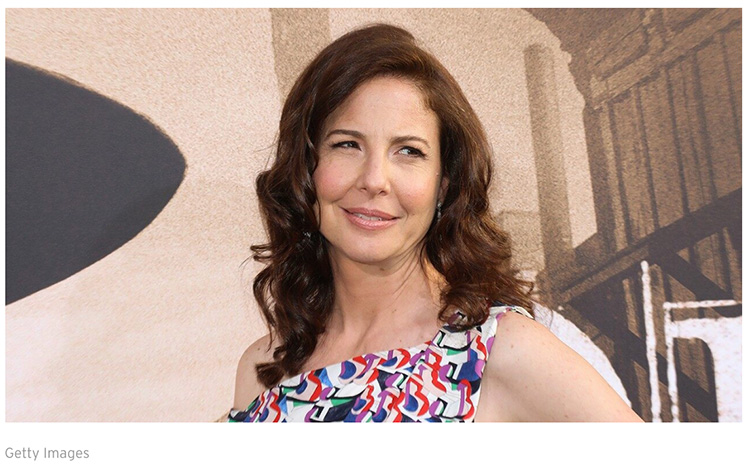 In 2004, HBO debuted TV producer David Milch’s latest drama, Deadwood, a western about the formation of a society — a South Dakota town in 1876 — in the midst of lawlessness and chaos. It was a prestige TV show with an ensemble cast of rising stars and veteran actors who yelled things like “c**ksucker” and “f**k” while waxing poetic about the rise and fall of morality. Among them was Calamity Jane, a storied frontierswoman with a penchant for drunken, foul-mouthed soliloquies played by then-unknown actress Robin Weigert, who has since become TV’s best supporting player, appearing on American Horror Story, Big Little Lies, Dietland, Marvel’s Jessica Jones and Sons of Anarchy in the 13 years after Deadwood was abruptly canceled after season three.

Prior to 2004, however, while working in New York City theater scene, Weigert didn’t have that much more than a Law & Order credit when she first auditioned for the role. Eager to make an impression on Milch and the casting producers, the actress attempted to look the part, wearing a barn jacket and a cowboy hat during multiple returns to read for the part. Lucky for her, the straight-laced executives in the room liked what they saw and offered her the role.

Not too long after, Weigert was on the Deadwood set suddenly very worried how her performance would translate on screen after so many years of acting on stage. “You know, I had not really done it before and to get over the fear that that gave me I just stayed in character,” she says of playing Calamity Jane. “I would not drop her for days at a time.”

One of the more intense moments for the character came in season one, episode four when Wild Bill Hickok, Jane’s longtime friend, is killed by Jack McCall. “I didn’t even know how I could be Jane after he died,” Weigert recalls, meditating on her emotional reaction in the scene. As a result, the character “had been in me for so long — I look at that early work when I look back at the series and I think that was me figuring out how to act for the camera.” By the next two seasons, however, Weigert says she had learned to trust herself and not stay in Jane’s head as much between scenes.

“But the first season was driven a lot by terror,” she says. “I didn’t know how this manish, filthy creature I was portraying would be met by other people’s eyes. It all felt very personal.”

Despite whatever reservations she may have about her performance, Weigert earned an Emmy nomination for Outstanding Supporting Actress in a Drama Series for the first season — ultimately just one of four acting nominations the show would receive during its initial three-season run. Soon, Jane — who helped with the smallpox in between drinking binges and rescued a young girl who would become Alma Garret’s steward — was a favorite despite her cantankerous attitude.

“The validation was, of course, wonderful, but it was very surreal,” she says, admitting to being a “deer in headlights” when it came to the accolades and attention that followed. Dressed up for the Emmys, the actress remembers another woman coming up to her and saying, “So this is what you really look like.” Weigert’s response was, “Are you kidding? This took six hours. This is not what I look like.” 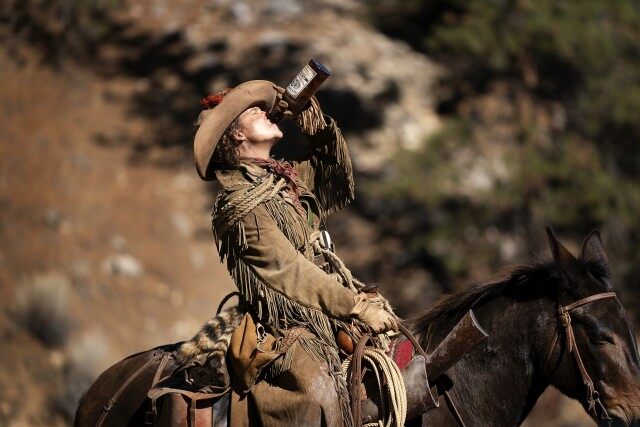 Later is the series, Jane’s world filled out a bit and her character began to soften, thanks to her budding relationship with hostess Joanie Stubbs, played by Kim Dickens, and harboring her grief into the protection of others that she cares about.

Despite the initial shock that followed the show’s abrupt cancellation after season three — “It’s so inexplicable and remains so inexplicable,” she says — Weigert was glad to reprise the role for a final chapter — as a TV movie. In Deadwood: The Movie, which takes place a decade after the events of the season-three finale, Jane still hasn’t sobered up, but she does learn to embrace Joanie. The final moments of the film offer some unexpected closure for Jane’s extended grief — or more accurately as Weigert says, a “burden of guilt” — over Hickok’s death so many years prior.

“The most satisfying thing to me about it was Jane always suspected herself to be incapable of rescue. Well, she does perform a few rescues, actually, and has a moment of being able to look at that in herself,” Weigert says of Jane’s resolution, adding that it was nice to see Jane and Joanie reunited. “[These two characters] are people on the margin who find each other and lift each other up.”

Friends with Dickens outside of the show, the two actresses often saw each other long past Deadwood was over. “But it was a distinct moment to reencounter Joanie Stubbs,” Weigert says of being back on set with her co-star. “I was glad to spend time with Joanie again even though I was spending time with Kim.” 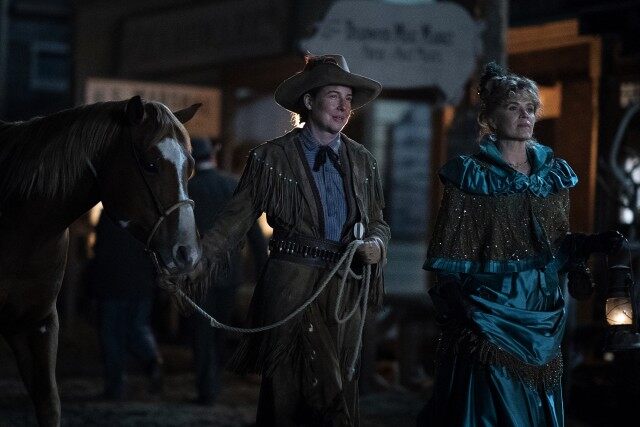 While not wanting to get too nostalgic about her time on set, Weigert recalls when she and the other women of the series — including Molly Parker, Paula Malcomson and Anna Gunn — were all seeing each other for the first time, together in costume. “There was this big nonverbal [moment] and we just kind of gravitated to each other and took hold of each other and everybody’s eyes were full,” she says of one of many reunions with co-stars that happened during filming.

A little over a week after Deadwood: The Movie premieres, Big Little Liesreturns with season two. In the first season, Weigert played Dr. Amanda Reisman opposite Nicole Kidman and Alexander Skarsgard. “I felt like Nicole’s story was very, very rich,” she says of the season-one plot, which saw Kidman’s character, Celeste, standing up to her abusive husband while going to couples’ therapy. Of the second season, which sees Meryl Streep joining the cast as Celeste’s mother-in-law, the actress says “you don’t even have to read pages to know how powerful that’s going to be.”

As for playing Reisman, Weigert says she’s in a similar number of scenes, playing opposite Kidman again. But reveals that the function of her character was a bit different this season. “I had to really grapple with the fact that at certain moments it was more important for my therapist not to be as successful so that certain things could happen with the story,” she says, adding: “I’m curious how it will play out.” 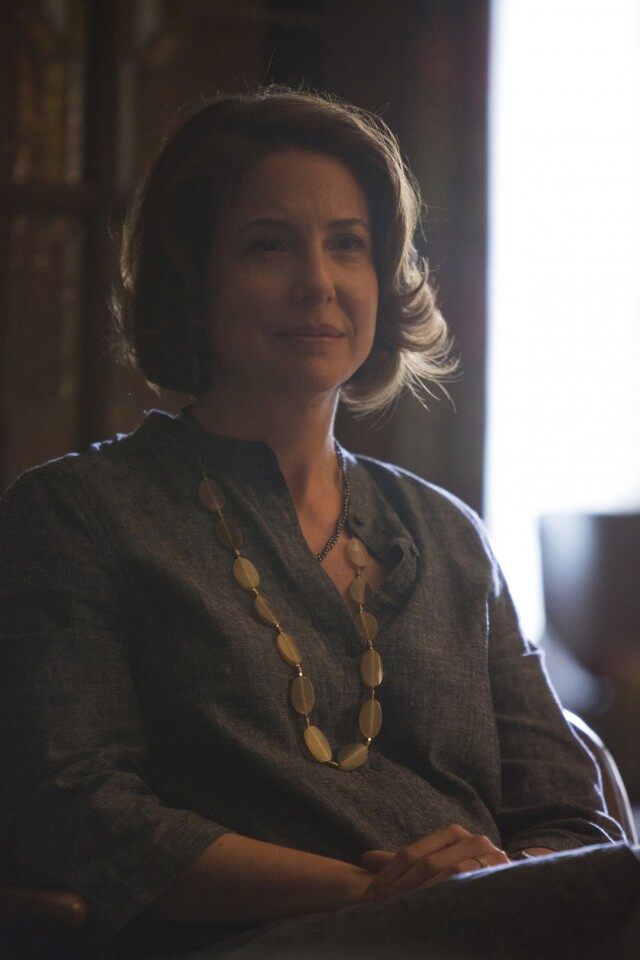 While the back-to-back roles mark a bit of a moment for Weigert — also marking her place as one of HBO’s most reliable recurring players — she says the landscape is “shifting right now in a way that’s exciting and a little daunting too.” Despite approaching 50 years old, “I don’t feel things closing, I feel things opening.”

As for Jane’s place in her career, she and her Deadwood co-stars often share the same sentiment: it was one of the best, if not the best they ever played.

“I still feel about her — I think because the work went so deep back then — like she’s some kind of a shadowed self, some version of me that I never could ever have let manifest other than being in a roll like that,” Weigert says, adding: “I missed her terribly, so it was great to be able to reopen this again after so many years… She occupies an important place for me.”