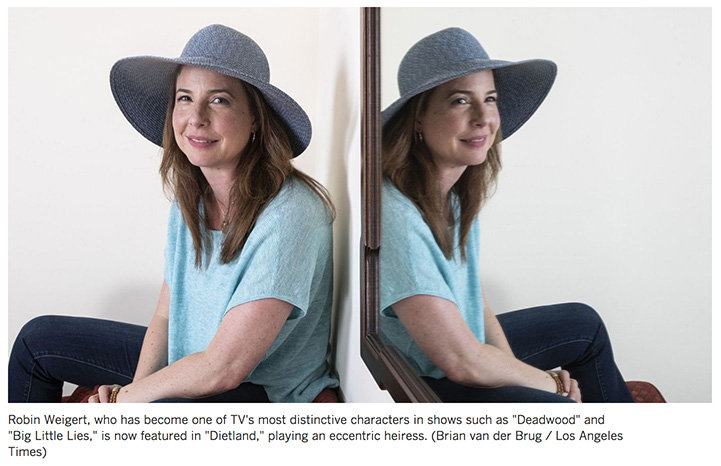 Robin Weigert sees parallels between her first acting role as the fairy tale villain in her elementary school’s production of “Hansel and Gretel” and the silken-voiced therapist she plays on AMC’s “Dietland.”

The dramedy, an adaptation of Sarai Walker’s 2015 satirical novel, revolves around Alicia “Plum” Kettle (Joy Nash), a ghostwriter for high-powered magazine editor Kitty Montgomery (Julianna Margulies). Weighing in at 300 pounds, the insecure and withdrawn Plum is tormented by her body image and is saving up for weight-loss surgery when she meets Verena Baptist (Weigert), the scion of a weight-loss empire who runs a commune of sorts for women called Calliope House.

Baptist, who uses tough love and unconventional methods, is “a self-styled feminist Obi-Wan Kenobi,” Weigert says. Whether she’ll turn her newly woke Jedi knights into Darth Vaders for the #MeToo era remains to be seen, however.

“Is she a good witch or a bad witch?” Weigert asked recently at her West Hollywood home, comparing her childhood character to her current role. “She definitely has an agenda.” 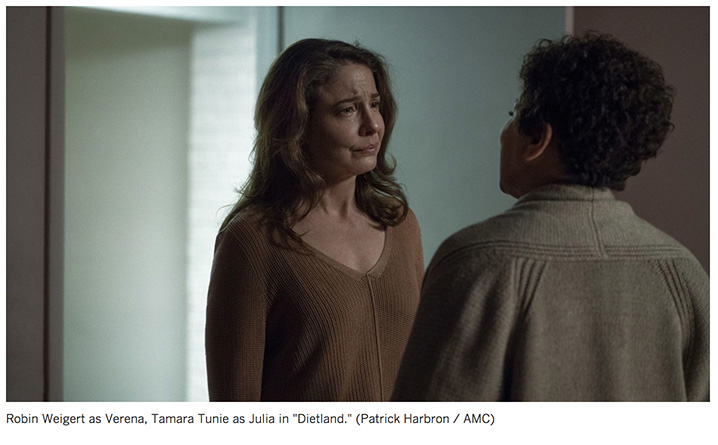 The “heiress with a mission,” as Weigert describes her, is the latest in a string of distinctive roles for Weigert, who critics and costars say doesn’t just step into the shoes of her characters — she inhabits them.

Her impressive gallery includes the hard-drinking, foul-mouthed Calamity Jane from HBO’s “Deadwood,” a disillusioned lesbian mom who moonlights as a sex worker in the 2013 indie film “Concussion” and a savvy lawyer for an outlaw motorcycle gang in “Sons of Anarchy.”