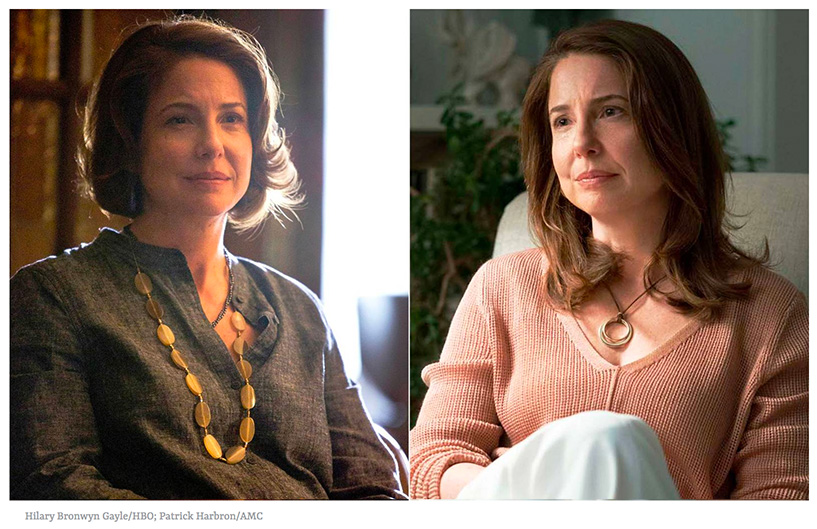 On the surface, the two shows appear similar. AMC’s supervise dramedy — which airs its season 1 finale Monday — and HBO’s mega-hit whodunit are adaptations of beloved literary novels exploring what it means to be a woman today. Weigert is the connection as the levelheaded voice of reason for both protagonists Nicole Kidman as Big Little Lies’ Celeste Wright and Joy Nash as Dietland’s Plum Kettle.

“I sort of stumbled into being part of the zeitgeist,” Weigert tells EW. “The two shows are quite different from each other, but they both shed light on things that have been out of the public eye for a long time.”

Weigert has spent years at the side of some of TV’s most prestige shows. She’s the hard-drinking Calamity Jane — a role she’ll soon return to — on HBO’s short-lived Deadwood, Carrie-Anne Moss’ vindictive wife on Netflix’s Jessica Jones, and a cunning lawyer on FX’s Sons of Anarchy. Add on Dietland and Big Little Lies, and Weigert is a stalwart character actress finding security playing “outside the box ladies.”

“I expect that it’s something about how I am or how I project or what interests me,” she says. “It would be a lie to say to say that I’ve just orchestrated the whole thing because I haven’t had the luxury of doing so.” 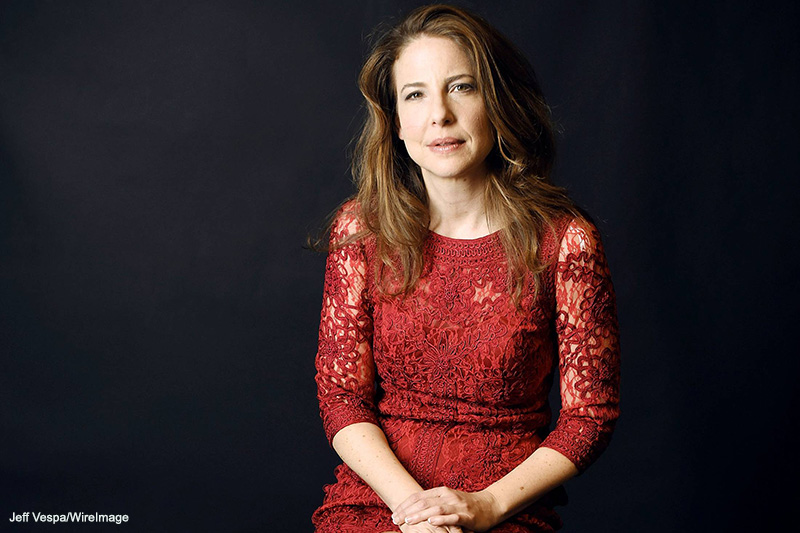 There’s sincerity to Weigert. Her cadence is soft and her words are carefully chosen. It’s not only why she makes for good TV as the voice of reason but also why she’s wary of celebrity. Red carpets, social media, and online profiles — they’re all serious work requiring vulnerability. She’s become savvier over the years as her star has risen. An Emmy nomination in 2004 for Deadwood certainly helped.

Weigert is in awe of her Big Little Lies costars managing fame “like ducks to water.” Being around Kidman and Reese Witherspoon is being around women “who have claimed their freedom.” As the country continues to redefine what it means to be free and who gets to be free, Weigert says her role-modeling costars give her strength. She wonders what it would have been like to be part of the similarly empowered cast of Black Panther.

“There’s something thrilling about just breathing the air that feels like it’s somehow been cleared for people to have a voice and to make a difference and to say what they think without fear,” she says.

In Big Little Lies, Kidman is Weigert’s steadfast scene partner. Weigert toes the line between ultra-professional therapist and concerned interventionist as Dr. Reisman, Watching the two definite women act is to feel present in the therapeutic scene — a little claustrophobic and self-reflective. Amid a deluge of superheroes, slapstick comedians, and gory villains, Weigert believes she’s offering authenticity and presence. For inspiration, she looks to Meryl Streep, Dianne Wiest, and the late Philip Seymour Hoffman, actors who she can feel thinking.

Streep is joining the cast of Big Little Lies for upcoming season 2, playing the mother of Perry Wright — Kidman’s husband and Dr. Reisman’s former patient. Having signed an NDA, Weigert profusely apologizes for evading questions on what story lines will come in the new season, looking once again toward her costars’ interview astuteness to determine what’s already been said. But as a viewer in the #MeToo era — something she’s happy to speak about — Weigert is excited to see Streep play the mother of an abuser and possibly evoke women in our male-identified American culture’s “strong impulse” to defend men.

“Women are more reluctant to have those conversations in public for fear that they’re going to be on the wrong side of an issue, where women are feeling all kinds of ambivalence and complicated feelings around how to deal with everything ranging from abuse to disregard,” she says.

The female story in Dietland is one she says is largely disregarded. Joy Nash plays Plum Kettle, a fashion magazine ghostwriter caught between two feminist revolutions all while considering a dramatic and risky weight-loss surgery. It’s rare, Weigert says, to see a fully-fledged “fat girl’s experience.” There are funny roles in the female comic mode and touching ones evoking after-school specials, but scarcely are clinically overweight women on screen allowed the full gambit of feelings, responses, and sensitivities. She adds, “You can feel where things hurt and why they hurt. You identify so fully with that person.”

The much-needed “contradictory” characterizations extend to Weigert’s roles, noting real psychoanalysts debated about the ethics of Dr. Reisman’s proactive methodology in an attempt to direct her client out of an abusive relationship. Season 2 of Big Little Lies, Weigert can say, will in part explore this fallout. As for Verena Baptist on Dietland, she’s routinely chastised as a cult leader for her radical approach to feminist revolution.

Playing left-brained women is also a chance to explore a familial pastime. She comes from a line of psychoanalysts, including her father and grandmother — a one-time friend of Sigmund Freud and Carl Jung. Weigert sees humor in her circuitous route to the family profession and wonders what her late father would make of her career. Though she’s okay without an assessment. Weigert may play analysts but she happily doesn’t self-analyze her career.

“It’s very funny this is a place my career has taken me,” she says. “I get to explore the road not taken.”