Matt Sobel’s feature length film titled “Take Me to the River” will begin showing in local theaters across the country. Openings will be in late March to May 2016 and a continually updated list of locations, dates, as well as a synopsis and trailer can be found at Film Movement. 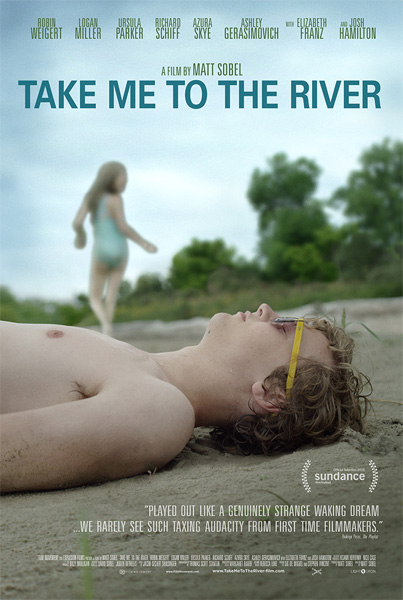 “Take Me to the River”

“Take Me to the River, at its core, is about a 17-year-old’s coming of age. I was interested in equating growing up with a type of baptism, or more specifically, a reverse baptism. Becoming an adult, as I see it, is more of a muddying than a cleansing.

At 17, I was hungry for something to believe in and something to blame. I was confident I could tell the difference between right and wrong, and certain I was always the former. I spoke like an adult, and was beginning to look like one too, but it was a performance, an identity I had yet to earn. My world was about to explode, or perhaps more accurately, implode. My coming of age was the realization that I knew much less than I thought. The world isn’t made of blacks and whites, but of greys too numerous and subtle to count.

Take Me to the River depicts a boy on the brink of this shattering realization. Ryder arrives in Nebraska armed with youthful idealism, ready to pit his Californian frankness against conservative intolerance, but finds his family’s true nature vastly more complex than he could have imagined. He’s entered a world of different values, where his rules and logic no longer apply. The harder he tries to exonerate himself, the harder it becomes to see the line between right and wrong. In this family, he discovers that nobody’s hands are clean, not even his own. We all have the capacity to do morally ambiguous things, and to hurt those closest to us. Ryder returns to California shaken and more unsure than ever, yet somehow no longer a child.

In telling this story, I wanted to give the audience back the power to co-create it. Like an author asks a reader to imagine what he or she cannot see, we invite the audience to fill in deliberately placed negative spaces: barely audible whispers, conflicting backstories, and things that happen behind closed doors. In a story that hinges on suspicion, assumption and fear, we invite the audience to bring their own. The best thing we can take away from a film is a good conversation.”