How to Shoot a Love Scene – by Stacie Passon

HOW TO SHOOT A LOVE SCENE 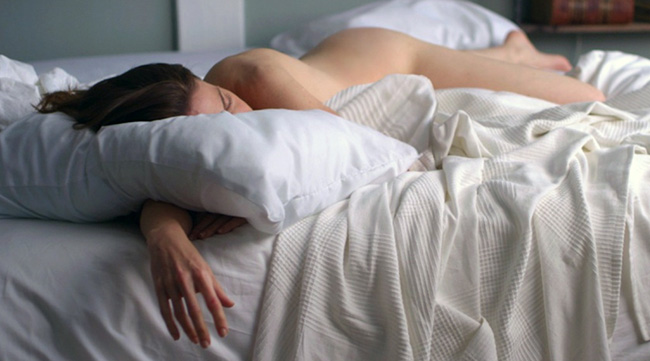 In honor of the lusty Saint Valentine, we asked director Stacie Passon to write a blog sharing her advice for shooting love (and/or sex) scenes—whichever the case may be. Her Film Independent Spirit Award nominated film happens to be jam packed with them. Concussion is about Abby, a lesbian mom whose mid-life crisis leads her to a double life as a high-end escort. Here’s what Passon wrote.

I guess it all depends on the sex scene.  But I’ll tell you how the Concussion sex scenes went.

First, I guess, have a plan.

I approached the sex scenes as one might approach an orgasm. Stop laughing, I’m serious. The shots start very wide, very presentational. As time goes on, our lens gets longer and shots get tighter. Again, stop snickering.

Philosophically, I am all about seeing the woman as a subject. That means as little objectification as possible. So framing wider helped me establish the characters, the stage and what was going to happen. Then later, as we approached the most emotionally intimate sex scene between Robin [Weigert, who plays Abby] and Maggie [Siff, as a neighborhood mom who utilizes Abby’s services] we framed just their faces using a very long lens to shut out the world around them.

Avoid the played out.
I avoided all those rote things we always see. I avoided ACCENTUATING BODY PARTS. I avoided MOVING THE CAMERA DOWN THE BODY. I avoided MUSIC in those scenes as much as I could. Silence was golden. I wanted to feel what those lovers felt together, to try to show the fragility and the nervousness and the tension. I didn’t want to cover it up. We avoided moving the camera, but when we did, we let the actors motivate the movement.

Rely on actors and keep brave people around you.
I told the actors to do what they feel comfortable doing and to wear what they felt comfortable wearing or not. I said as little as possible. I sat at the monitor. I closed the set. Robin created the most trustful environment. In this case, the best directing was casting. My crew, made up of mostly men, were incredibly respectful. And I had Rose Troche, my producer, to lean on when I needed help.

Shoot forever; You need more than you think you do.
I let the camera roll on and on.  What I learned is that there is no “far enough” when you are trying to create sex on screen. You need to get as much as you need. Honestly, most of what we shot ended up on the floor, but I still wish we went further.

Um, Intimacy.  Don’t roll your eyes.
I cannot emphasize enough how important it is to create intimacy in sexual scenes. That intimacy can come from passion, sadness, frustration, even repulsion, but it has to feel intimate and connected. That’s the key.