For Robin Weigert, upcoming ‘Deadwood’ movie is making for a ‘spectacular moment’

On Deadwood, Robin Weigert played the hard-drinking, foul-mouthed Calamity Jane, known to be one of the toughest frontierspeople in the Wild West. Now that HBO has officially greenlit a movie follow-up to its short-lived 2004 series, Weigert says she’s excited as ever to return to anything-but-plain Jane.

“[Deadwood] has somehow come back around and is part of what is making this feel like such a spectacular moment,” Weigert tells EW.

She recently met with creator David Milch of the show about a corrupt late-1800s South Dakota town to cold read a few potential new lines. Though Weigert has yet to see a full-fledged script, she’s eager to find her anti-heroine over 10 years later. The veteran actress, who received her first and only Emmy nomination to date for her portrayal of the real-life Jane, has never returned to a character after such a gap in time.

“I would imagine I’ll find her very much where I left her, except everything might feel a little bit more urgent,” she says. “She might be even deeper into alcohol.” 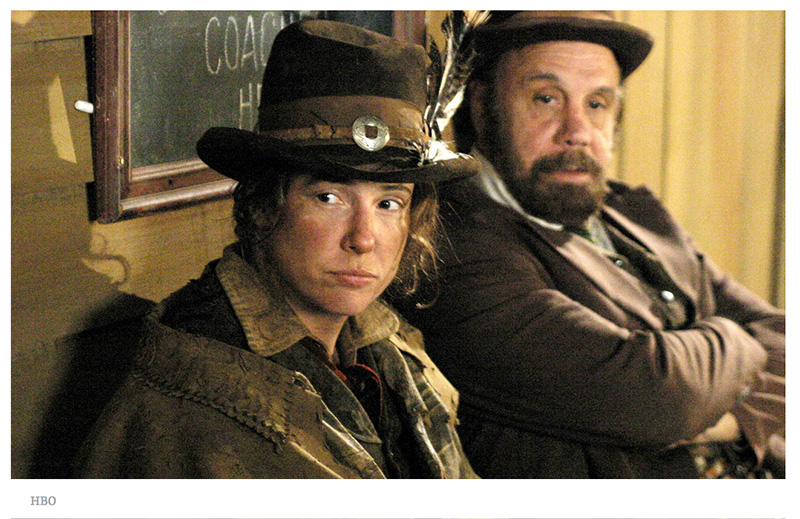 The real Calamity Jane reportedly died penniless and a lifelong alcoholic, but Weigert says her life was filled with more than just mayhem. Underneath the foul-mouthed front, Weigert says she has an overflowing heart. She aided the sick affiliated by a smallpox plague — a story line explored on Deadwood. Weigert hopes this side of Jane will shine through in the movie.

“Jane is not at the end in the story we’re telling,” she says. “Her passion and compassion will still be leading her.”

Weigert is on a hot streak, with her “emotional landscape” full of peaks. She’s costarring as self-help guru Verena Baptist on AMC’s Dietland and returning as Nicole Kidman’s therapist in season 2 of HBO’s Big Little Lies. Jane, who is a nice contrast to the more “cerebral” ladies, brings even more energy into her world. Weigert adds, “There’s all of this life suddenly in my career, and it’s really exciting.”