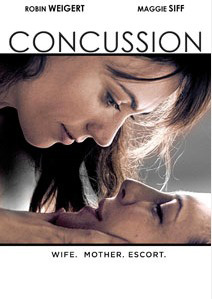 The Playlist remarked, “Weigert’s full range of emotion is quite staggering: she can be funny, maternal, and flirty all at once, and in a film that relies on her so greatly, she is endlessly watchable,” while Blu-ray.com commented, “It’s an unexpected deviation from the norm, sold with intelligence and intimacy.” CONCUSSION recently made Indiewire’s list of the “10 LGBT Films You Should See” on last summer’s LGBT film festival circuit.